Entrepreneur/Actor Kevin L. Walker is known for founding The Creation Station Studios, amongst many other companies. On 10/16/2018, Walker tweeted indicated that he believed a former worker, Gianna Rose Ditullio aka “Gia Rose,” to have breached a bonafide contract she had signed with Walker, by misappropriating company trade secrets and proprietary information, and opening a clone-like competing Self Tape business (though the business’s life-span was very short lived). The same day, Walker filed a small claims lawsuit at the Pasadena, California courthouse against Ditullio.

Walker proclaimed on social media that Ditullio’s actions would be addressed, and they indeed were. According to public documents searched online, Walker sued Ditullio, and on 1/17/2018, Ditullio settled with Walker via mediation.

Nobody can ever say I’m not nice after today. I was going for $100,000 in a civil case today, but after I saw them crying their eyes out, I settled for $6,000 and a lesson taught 🤷🏾‍♂️ This being for someone BLATANTLY breaching a contract with me… #Pasadena #18Pdsc04316 #facts 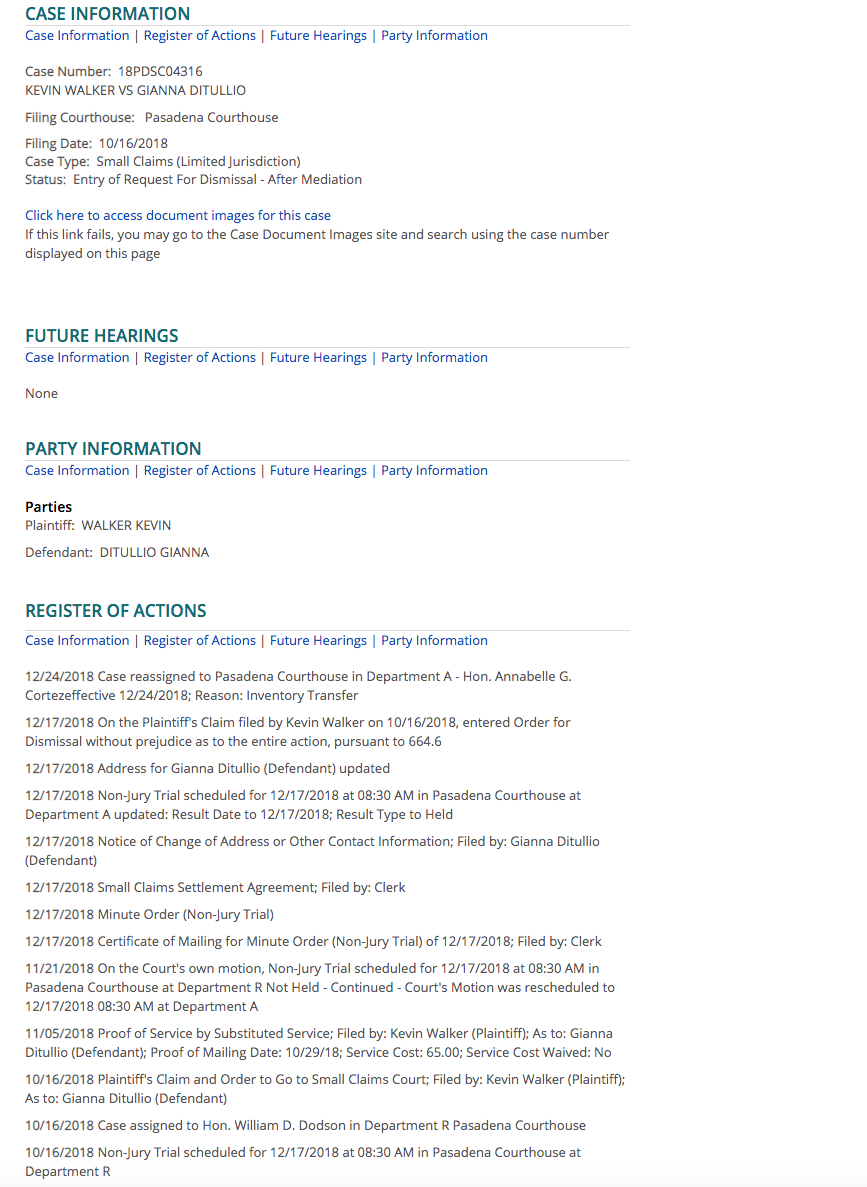